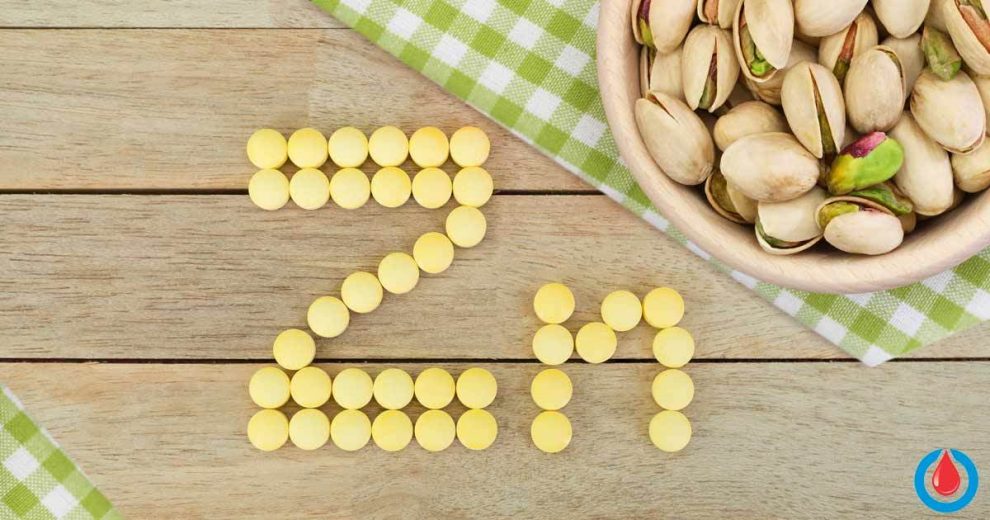 Zinc is a vital mineral that plays important role in the human body. It is stored in the blood cells, muscles, skin, retina, kidney, bone, prostate, liver, and pancreas.

But, since we can’t produce it, we have to take it from foods and supplements. Lack of zinc can even lead to hormone imbalance.

Why Is Zinc Important?

Zinc participates in cell growth and division, the breakdown of carbs for energy, and wound healing. Also, it’s crucial for the proper functioning of the immune system and the senses of smell and taste.

This mineral is a powerful antioxidant that prevents free radical damage – one of the major causes of heart disease and cancer.

You can find it in animal and plant foods, but it’s better absorbed from animal food sources. The daily requirement for zinc is 8mg for adult women and 11mg for adult men. Here are some of the best food sources of zinc:

The Link Between Zinc and Diabetes

Did you know that older insulins like NPH, Regular, and Lente, contain zinc as their ingredient? This mineral is crucial for the formation of insulin in the pancreas.

That’s why scientists have investigated the role of zinc supplementation in the treatment and prevention of type 2 diabetes. However, the first findings were unsuccessful.

Later, researchers from Finland followed 1,050 patients with type 2 diabetes for 7 years. 254 of them had nonfatal or fatal heart attacks, and 156 died from heart disease.

What researchers discovered is that those who died from heart disease had lower zinc levels than those who survived.

What’s more, the levels of this mineral were lower in those who experienced heart attacks. So, according to researchers, supplementation with zinc could help people with type 2 diabetes avoid heart disease, which is one of the most common diabetes complications.

This is probably due to zinc’s antioxidant effects.

Another Forbes investigated the effects of zinc supplements on blood glucose management, progression, and cardio-metabolic/ anthropometric parameters in 200 people with prediabetes.

They took 20mg of zinc a day, and their blood glucose levels were monitored after one, three, six, and 12 months. At the beginning of the trial, the participants’ mean serum zinc concentration was lower than normal.

What’s more, the LDL and total cholesterol levels were reduced, and so was the progression of prediabetes to type 2 diabetes.

Furthermore, in 2015, the journal Diabetology and Metabolic Syndrome published research according which zinc helps improve blood sugar and lipids levels.

However, don’t start taking zinc supplements on your own as they can interfere with the function and absorption of many medications, like hormone replacement therapy, ACE inhibitors, corticosteroids, some antibiotics, etc.

Therefore, it’s best to get it from food sources or take it as a supplement under the supervision of your healthcare team.