Type 3c Diabetes - What It Is and Why It's Often Misdiagnosed 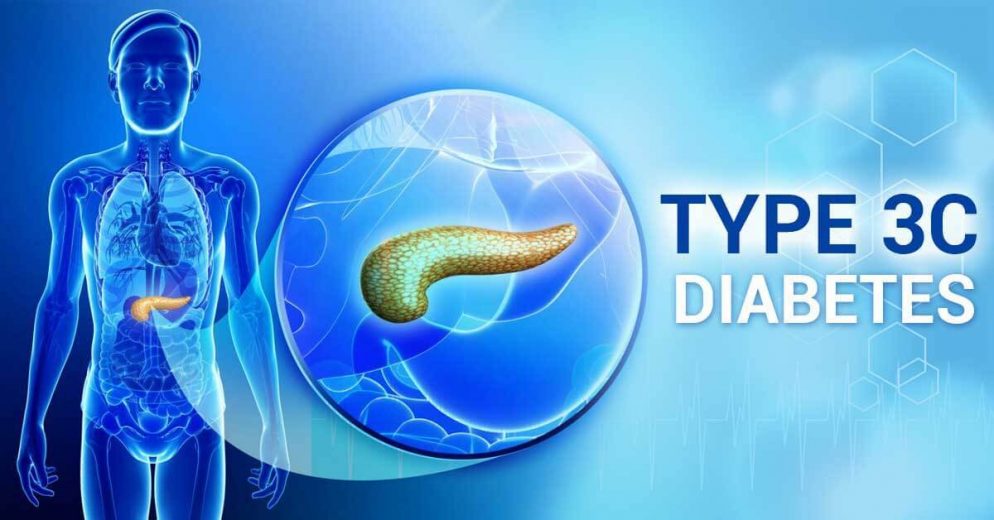 For long time diabetes has been separated into type 1 diabetes and type 2 diabetes. However, a new type has entered into this mix, and the truth is that it is not diagnosed properly. As most of us probably know type 1 diabetes happens when the pancreas does not make insulin.

And this type is commonly diagnosed at a very young age.

When it comes to type 2 diabetes, this type shows up later in life when the pancreas isn’t able to produce sufficient amounts of insulin in order to keep up with the body.

On the other hand, the new type of diabetes, type 3c, begins with a damaged pancreas. Intrigued? Read on, to find out more.

Pancreatogenic diabetes, which is also known by the name type 3c diabetes, occurs from surgery on the pancreas or pancreatic disease like chronic pancreatitis.

A pink gland is found in the abdomen, that is the pancreas which has a double function.

As a matter of fact, what the exocrine pancreas does is that it secretes vital digestive enzymes into the GI which is the gastrointestinal tract.

On the other hand, the endocrine pancreas produces the hormones glucagon and insulin into the bloodstream in order to control carbohydrate metabolism.

When it comes to diabetes, the beta cells found in the pancreas don’t make sufficient amounts of insulin in order to meet the needs of the body. That leads to increased levels of sugar in the blood.

Although diabetes is mainly a condition of the endocrine pancreas, researchers now note that conditions of the exocrine pancreas or also surgery of the pancreas might also cause diabetes.

Researchers have dubbed this kind of diabetes, type 3c diabetes or pancreatogenic diabetes.

According to estimations, type 3c diabetes is responsible for 5 percent to 10 percent of diagnoses of diabetes in the western population.

Also, that chronic pancreatitis is responsible for 75 percent of this kind of diabetes. Researchers are still figuring out what leads to pancreatogenic diabetes.

But researchers have noted that one genetic mutation might impair both exocrine and endocrine functions of the pancreas.

Moreover, some pancreatic conditions might interrupt the regeneration of the beta cells which secrete and produce insulin, consequently leading to diabetes in people with chronic pancreatitis.

Despite the increased insulin requirement, 45.8 percent of those who have diabetes with chronic pancreatic disease use insulin.

Moreover, this study came to the discovery that only 3% of those with type 3c have got a correct diagnosis. The misdiagnoses mean that individuals with type 3c diabetes are not getting the necessary effective treatments.

Those who are diagnosed with this type of diabetes need insulin, but might also benefit from digestive enzyme tablets, according to one of the researchers.

The alternative treatment option is what differentiates this type of diabetes from others. Accurately identifying the kind of diabetes is vital because it helps to choose the right treatment.

A few medications used for type 2 diabetes, like for instance gliclazide, might not be as efficient when it comes to type 3c diabetes.

Therefore, misdiagnoses might waste money and time attempting different inefficient treatments while at the same time exposing the individual to high blood glucose.

All in all, diabetes which develops after the pancreatic disease is notably linked with early insulin therapy and poor glycemic control, but it is rarely recognized as diabetes of the exocrine pancreas.

Doctors need to elicit whether a person has any history of the pancreatic disease when they think of diabetes, and they need to consider the diagnosis of this other type.

Bear in mind that diabetes of the exocrine pancreas needs to be accordingly identified in order to tailor management, this includes vitamin D prescription, choice of antihyperglycemic therapy, etc.

More significant awareness of this type of diabetes is necessary to manage this diabetes subgroup correctly.

The results of this study, actually highlight the need for improved diagnosis and recognition of this type of diabetes, which seems to be very common.

The scientists hope that this study might stress the prevalence of this condition and last but not least encourage its correct diagnosis.