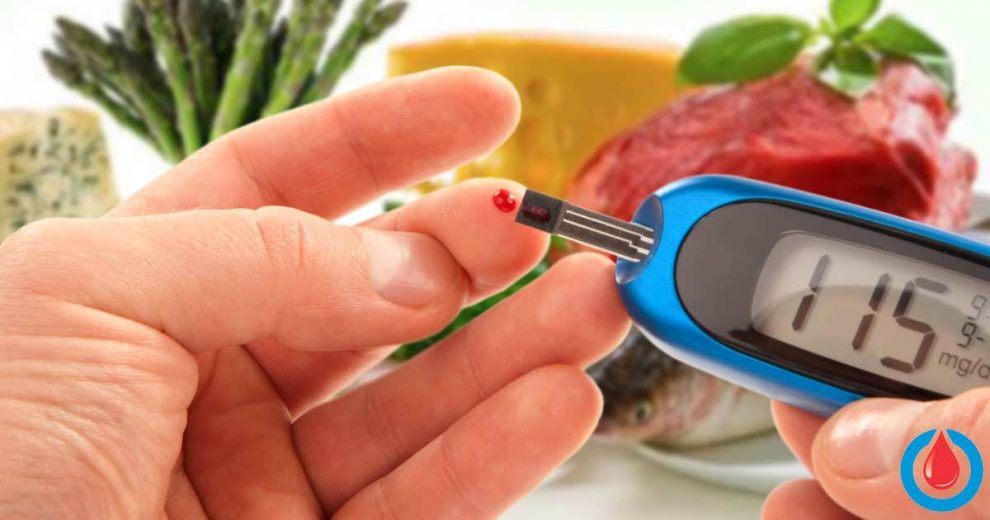 Many people are probably wondering why is their fasting blood sugar higher on low carbs. As a matter of fact, dozens of paleo and ketogenic forums have discussions on this topic.

Some of the information with unsubstantiated claims is that a low-carb diet might trigger diabetes. Some people even quit their keto diet since they had high FBGs, i.e., fasting blood glucose.

However, we should not jump to conclusions, there are 5 things we should know.

1. Glucose Meters Can Give False Readings

People should bear in mind that technical reasons can lead to higher sugar readings. The US Federal Drug Administration, i.e., FDA allows home sugar monitors to have a variance of 15 percent in the results.

This means that one reading of 100 mg or dl may be as high as 115 and as low as 85 which is a big variation. The software engineer, Dave Feldman, said that he had a huge variation in the results.

Although he expected high blood sugar due to his long-term keto eating low in carbs. Therefore, now whenever he gets a result he was not expecting, he does 3 readings within a few minutes and averages the obtained result.

According to other researchers, false readings might occur because of other reasons. Reasons like pricking a finger for blood with a hand that has minute traces of food or sugar (for example just touching fruit). In addition, dehydration can increase results.

Therefore, it is crucial to wash your hands before testing. However, people should bear in mind that certain soaps have additives such as honey which can distort readings.

Other factors which may lead to lower or higher readings are environmental conditions such as high altitudes. And also strips which are too cold or too hot. Therefore, when people get an unexpectedly high reading, do one more.

2. Understand Cortisol and Its Influence on Blood Sugar

Stress is an inevitable part of our lives, but some people have a harder time releasing or reducing the stress. That might play out in constant tension, restlessness, insomnia, poor sleep, and anxiety.

He says that when cortisol is released from the adrenal glands it signals the body to release sugar in order to prepare for the perceived threat that is spurring gluconeogenesis in the liver.

When the stress is unreleased, the energy is not used, and that can cause prolonged higher sugar levels and higher insulin levels in order to bring it down.

It is said that the blood sugar on average is from 20 to 30 points higher in the morning when people didn’t get enough rest. In order to reduce stress, people can do yoga in the morning and focus on other activities which will reduce their stress.

Also, they can try to drink from 1 to 2 glasses of wine at night in order to lower their readings.  However, for this, they will need to consult their doctor first.

3. It Is Adaptive Glucose Sparing

The majority of people who are doing a long-term low-carb diet have higher fasting blood sugar. However, that does not mean that they have problems with blood glucose.

If people take a closer look at a 24 hours log of blood sugar they will notice a high in the morning and after that a steady decline during the day, without big excursions in the sugar levels even after their meals.

The pathologic insulin resistance is actually induced by higher levels of insulin, i.e., hyperinsulinemia. This is a prominent feature regarding type 2, PCOS, i.e., polycystic ovarian syndrome, and more.

Therefore, in order to lower the confusion, the physiological insulin resistance is known by the name adaptive glucose sparing.

Before the keto diet, the muscles were the main sites to use and soak up sugar in the blood for energy. However, they prefer fat as fuel in the long-term keto diet.

Therefore, the muscles resist the insulin to bring glucose into the cells for energy. This is how the slightly increased, but stable sugar is circulating in the blood.

People must wonder why are blood glucose highest in the morning. It is a phenomenon when glucagon, cortisol, adrenaline, and growth hormones pulse the liver to wake people up and move to spur gluconeogenesis for those cells which need sugar.

The HbA1c test estimates the sugar level in the blood in the previous 3 months by counting the sugar molecules fast on one’s red blood cells.

The HbA1c on a low-carb diet will be lower than the suggestion of the FBG, showing that type 2 or good sugar control is not a problem.

4. An Important Difference – Insulin Is Low

It is not enough to only test FBG without doing a test about fasting insulin. As a matter of fact, two individuals might have the same FBG levels and different insulin levels.

It is about the link between insulin and sugar and the way they work. This is known as HOMA-IR, which means that the body is trying to maintain the balance of the vital systems also known as homeostasis.

This means insulin works against sugar in order to keep the blood glucose levels stable that is in homeostasis.

For instance, someone with polycystic ovarian syndrome, pre-diabetes, and type 2 insulin might over time be pulsed in higher amounts in order to keep the blood glucose stable. While FBG might be in the normal range, it takes increasing insulin amounts to keep it there.

With the development of insulin resistance and insulin being ineffective at bringing blood glucose down, eventually, the blood glucose will rise too high.

In another person-someone on the keto diet for a few months and who burns fat for energy only small insulin amounts are being pulsed to keep the sugar stable. This person is no longer insulin resistant.

However, is probably insulin sensitive and needs small insulin amounts to maintain the sugar in check. Therefore people need to check their fasting insulin with an FBG test. Although doctors do not check this, patients can ask for that to be done.

If despite the information above mentioned people still do not understand the rising blood sugar on the low-carb diet. Also if one’s blood sugar continues to rise higher even throughout the day, there might be a potential problem.

That problem is known by the name LADA, also known as 1.5 diabetes.

LADA is something like type 2 in which the antibodies attack the cells which produce insulin in the pancreas. However, LADA occurs in adulthood and not adolescence or childhood.

According to the researchers, LADA has features of type 1. However, the patients are thinner, and they need insulin faster since antibodies attack their beta cells which produce insulin.

The good news is that just like type 1 and type 2, a low-carb keto diet also works well for those with LADA to maintain their blood glucose stable.

In the case of insulin injections, low-carb eating enables them to use the least insulin to maintain their high blood glucose in check.

It might not slow down the progress of beta-cell destruction. However, low carb is a successful strategy to lower the reliance on drugs.

According to all things above mentioned, the keto diet does not cause higher fasting blood glucose. Therefore people should not worry about their morning highs, instead, focus on getting a good night’s sleep and reducing stress.

We hope that this made things more clear for some people. For everything people do not understand they can consult their doctor.