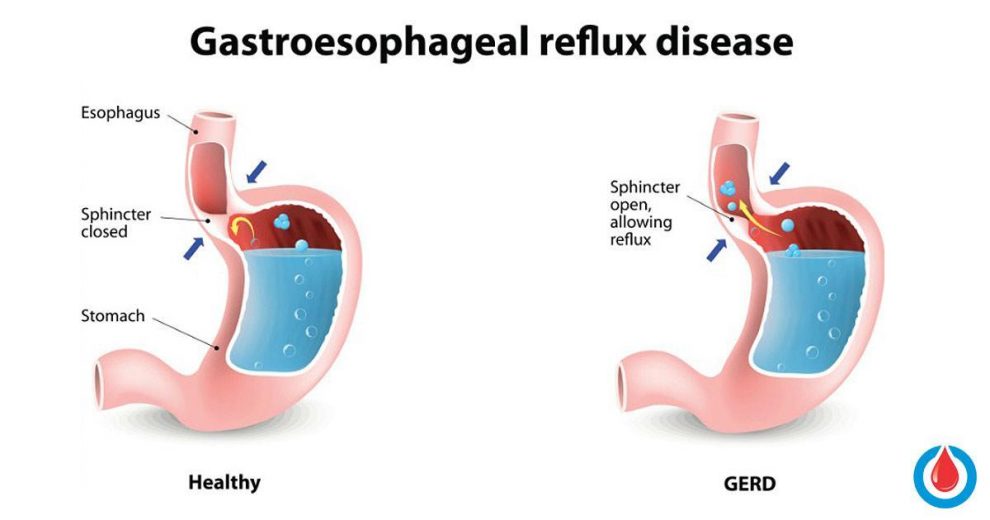 GERD, or gastroesophageal reflux disease, is a digestive disorder where acid from the stomach goes up into the food pipe (esophagus). It happens when the ring of the muscle between the stomach and esophagus, the lower esophageal sphincter, is weak and relaxed.

And it is allowing the content of the stomach to flow up into the food pipe. The main sign is burning in the lower chest area, neck, and throat, also known as heartburn.

You can have acid reflux from time to time. But, if you have it twice a week, you may have GERD. In fact, this digestive disorder affects around 20% of all Americans.

If you don’t treat it on time, GERD can lead to more serious health complications, including:

Causes and Risk Factors of GERD

GERD affects people of all ages, and sometimes for an unknown reason. As we mentioned earlier, it happens when the lower esophageal sphincter doesn’t close properly and opens when it shouldn’t. This allows the stomach acid to flow upwards into the food pipe.

The most common risk factors of GERD include:

How is GERD Linked to Diabetes?

Some people with diabetes have nerve damage, called diabetic neuropathy. In this condition, the esophagus muscles are less able to clear acid. So, the delayed clearing of acid and the increased acid contact irritate the esophagus lining.

Another common diabetes complication is gastroparesis. It’s a disorder that stops or slows the food movement from the stomach to the small intestine. This means that the stomach can’t empty as fast as it should, leading to increased pressure.

That makes it harder for the lower esophageal sphincter to stay closed and retain the stomach acid where it should stay. So, this condition can further worsen the problem.

Even though GERD is more common in those with type 2 diabetes, it’s still a risk for every diabetes patient, especially if they are overweight. In fact, being overweight and having diabetes raises the risk for GERD by 50 percent.

In such cases, it’s best to consult your doctor to give you the right diagnosis and treatment.

How to Treat GERD

Even though it’s a chronic condition, GERD can be managed with proper medications and certain lifestyle changes. Some of them include: